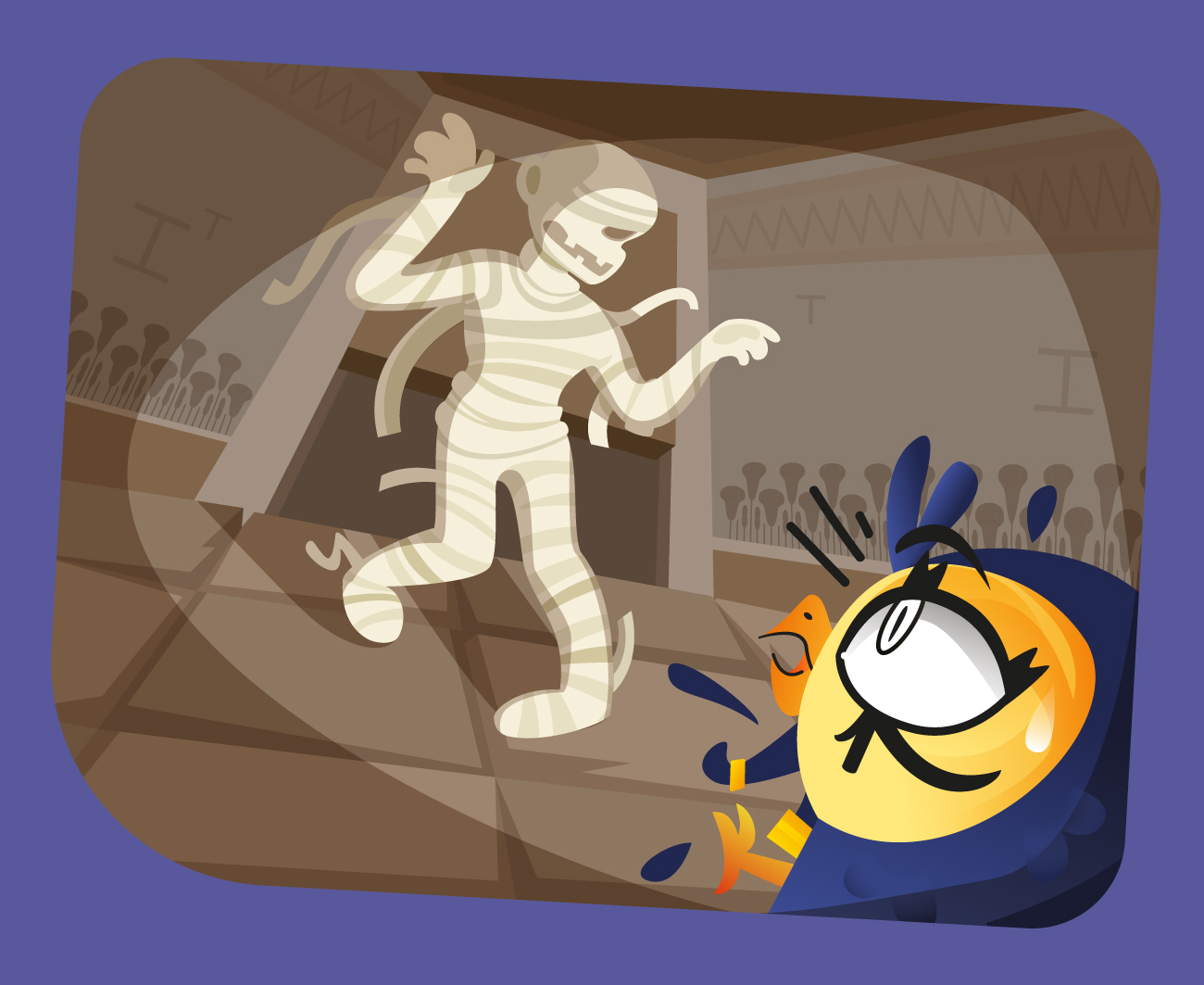 Chemicools is a crazy cool collectible toy range where chemicals play the main lead. For this range each chemical is a different character. For this pitch I illustrated the chemical Antimony which has been used as early as the time of the Egyptians where it was used as an eye cosmetic. Many people and gods like Horus are depicted with this make-up, this was a big inspiration for the characterdesign. The chemical is found to have flame repellent qualities which inspired his powers to use fire as he won’t be harmed by them. This comes especially in handy when exploring tombs and fighting mummies.