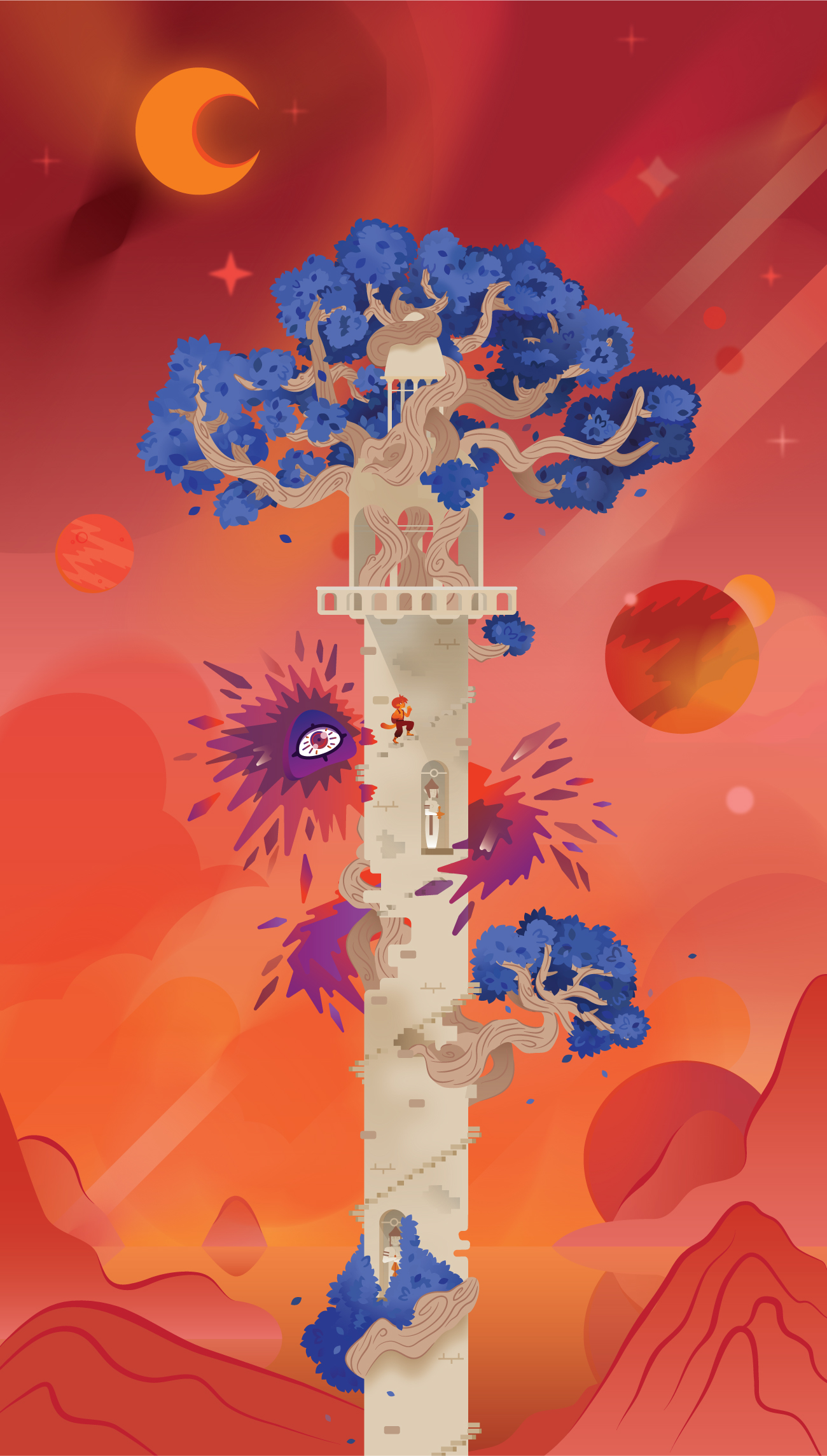 I got an awesome book called ‘Book of Imaginary Beings’. In the book lots of imaginary creatures and beings are described. One of the stories that appealed to me was A Bao A Qu.

‘The A Bao A Qu lives on the steps of the Tower of Victory in Chitor, from the top of which one can see “the loveliest landscape in the world”. The A Bao A Qu waits on the first step for a man brave enough to try to climb up. Until that point, it lies sleeping, shapeless and translucent, until someone passes. Then, when a man starts climbing, the creature wakes, and follows close behind.’

This is my interpretation.